The Do’s and Don’ts of Expressing Sympathy 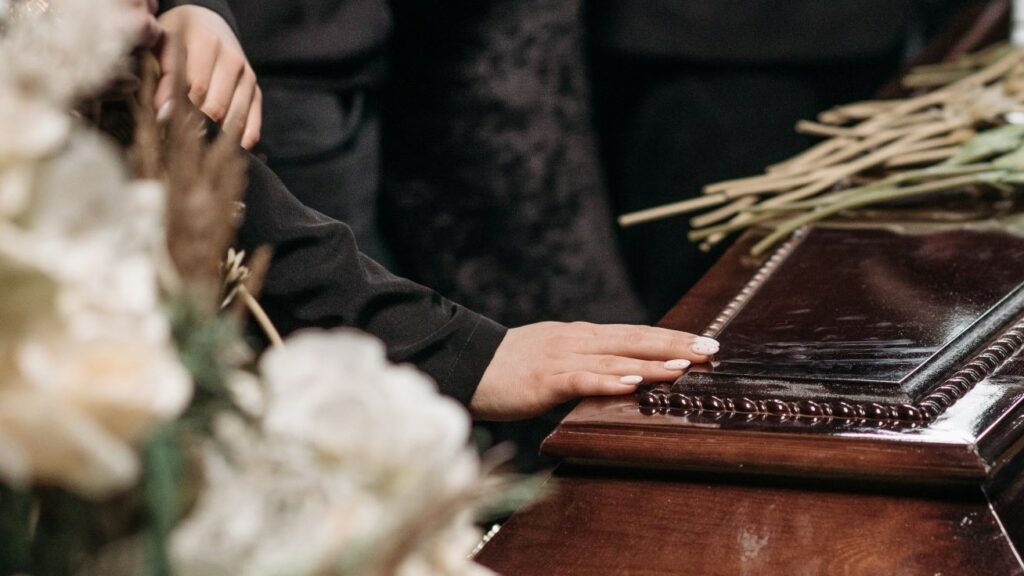 Many of us have been there once or twice before. A friend or acquaintance experiences a loss of some kind and the next time we see them, we don’t know what to say. It’s quite common to be apprehensive about speaking up in such scenarios, especially if we didn’t know the person who has passed. If your inclination is to express sympathy, congratulations—you’re a good person! The challenge, however, is learning how to do it the right way.

You don’t want to offend or upset; you just want to console your friend. So, how should you go about doing so?

How to express sympathy

DO Say You’re Thinking of Them

This is about as innocuous a way as possible to let someone know that you’re aware of what has happened, yet you don’t want to impose by asking them to open up just yet. “I’m thinking of you” effectively says “I’m here if you ever want to talk about it,” and it does so without asking them to do any real explaining about the situation. Keep this one in your back pocket, as it can be used in any scenario where a friend or acquaintance is going through a particularly difficult time.

Wouldn’t it be great if everything in life was simple and easy? Unfortunately, that’s not always the case, but it should be when it comes time to offer your condolences. Over-complicating things will only lead to a potentially awkward situation, which is why it’s best to keep things as simple as possible. A brief card is often a good choice—your condolences shouldn’t read as if they’re a book. The same concept applies if you end up offering your condolences in person, in which case you should refrain from asking about details unless the person willingly offers them.

DO Ask If There’s Anything You Can Do to Help

When a person suffers a significant loss in their lives, the emotional turmoil they experience can be enough to bring normal life to a complete standstill. They may not outwardly ask for help, but chances are they could use it. This is why it’s always a good idea when offering one’s condolences to also offer some assistance in getting things back to normal. It could be watching the person’s kids, cooking meals for a few nights, or any of a million other small acts of kindness. Even if your friend declines the offer, the fact that you made it in the first place is what really matters.

DON’T Bring Religion Into It

In the case that you know your friend is religious, then it might be just fine. If there’s even a remote doubt about the person’s religious affiliation though, the polite thing to do when offering condolences is to keep it secular. Even if you happen to be particularly religious, respecting the notion that the person you’re consoling may not be is important here. Saying something about how the person is with God now may seem helpful, but it could turn out to be offensive depending on the person’s beliefs.

DO Make Yourself Available

When you end up offering your condolences to a person, it can be tempting to say “I’m here for you” without actually thinking about what that means. Saying something such as this essentially binds you to actually helping the person should they choose to reach out at some point. If they do end up calling on you, it’s important to stick to your word, which could mean going out of your way to help with something. Otherwise, you could risk losing a friendship.

Along the same lines of bringing religion into the matter is saying that the person is “in a better place.” Most people who use this phrase believe that doing so will offer comfort, but the reality is that it isn’t much more than a platitude that has become cliché with years of excessive use. Even if your friend happens to be religious, the played-out nature of saying someone is in a better place could be enough to immediately offend.

DO Give the Person Space

If your best friend has just lost a parent or a sibling, you’ve probably picked up the phone already. But what if the bereaved is someone who you don’t happen to know particularly well? What they’re going through is difficult enough, and the initial shock of losing a loved one can leave someone wanting nothing but space in the initial days or weeks. You may want to a wait a bit to offer your condolences to someone who isn’t very close to you, especially if you’ve already reached out and having heard anything back.

If there’s one thing that matters above all else when it comes to offering condolences, it’s being natural and genuine. The awkwardness of the situation may cause you to overthink what you’re going to say, but your best bet is to simply say it. Let the person know you’re there, inject your personality into the situation and avoid taking any approach that comes off as mechanical. If you stick to being yourself, you’ll have a hard time going wrong.

You can gain a lot from learning how to offer condolences, and it’s a skill that will be helpful for the rest of your life.

What Being Unconscious Can Cost You In Hospital Bills

What to Wear to a Funeral or Memorial Service

What Is an Advance Healthcare Directive and Why Do I Need One?